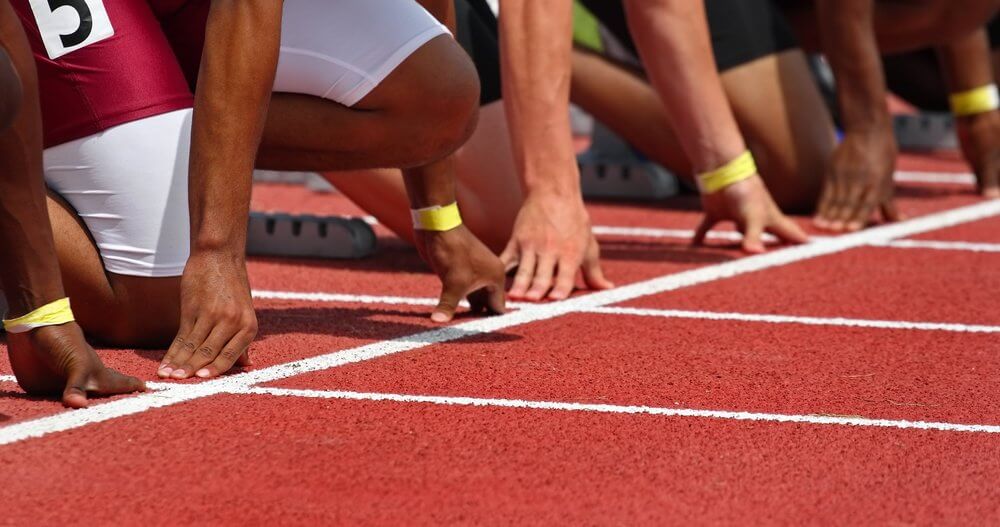 “You can’t use up creativity. The more you use, the more you have." — Maya Angelou

In 2016, when Daniel and I took action towards creating the BYLU Campaign blog, my greatest fear was running out of ideas and inspiration. I was deeply concerned that my creativity would not be able to sustain the blog to reach the 5 years goal we had set.

I was even more uneasy about the judgment that would come with inconsistency, so much so that we launched at least a month or so later than intended because I wanted to store up some content.

Now, as we approach the 2-year mark of the BYLU Campaign and launch our new website, it’s truly humbling that we have withstood the test of time thus far. I’m sure regardless of the niche you fall into, many creatives can relate to this feeling.

I am sure there are a few people reading this article that have the desire to start a Youtube Channel, podcast, or blog this year but the fear of not being able to creatively sustain it has prevented you from actually starting.

Already 27 days into the New Year, I saw it fitting to provide some insight on how I’ve been able to sustain my creativity as a writer over the past 2 years.

Early into my journey, I came across these two comments which now serve as the foundation and framework for my writing. Together they have helped me to sustain my creativity over the past 2 years.

"My quota is two crappy pages per day. I keep it really low so I'm not so intimidated that I never get started." — Tim Ferriss ‍

The Art of Savings, the former #1 most viewed article on our website, and the favorite article of many of our earlier readers was not supposed to come out on launch day.

Despite it being complete and ready to go, I wanted to hold onto it because at that moment I didn’t believe I could top that article. It was my Ace of Spade and I felt like I was playing it too soon. My fear of losing inspiration, a result of my limited experience as a creative writer, had consumed me.

But Tim Ferriss’ comment gave me permission to fail. It served as a constant reminder that the words didn’t have to come out perfect on the first draft, and some progress is better than none at all.

Over the past 2 years what I’ve come to know is that there are two types of writing days. Somedays I come into my writing block and then hit the ground running with an abundance of new and fresh ideas. And other days I start like a slow walk, but slowly out of that walk emerges a jog, then a sprint.

During my 3 month transition period into entrepreneurship, one of the routines I adapted was blocking out 2 hours in the morning to write, whether it be for the BYLU article of the month or another piece of content.

And as a result, I’ve seen my writing improve tremendously. Initially, not considering myself to have an ounce of creativity, I came in with the assumption that you are only supposed to create when ideas are flowing like a water faucet.

However, that’s not the case. At times you have to force yourself into the creative process by giving yourself enough time to create. This is what my morning 2-hour block has provided for me because some days it may take an hour or so to get into that zone but eventually, I get into it.

Give yourself enough time to reach those breakthroughs. And don’t leave creativity up to chance, but rather develop a plan to ensure it.

“What I do when I’m writing I’m putting down my life. I don’t believe in writer's block. So when I get to a point where I’m getting slow with the ink, I just put the pen down and I just go back in the world and live. I’m not rhyming I’m just thinking. So when I get back to the paper I got more life to put down.” — Rakim

Because the BYLU articles are real-time and often document a current situation or circumstance it usually takes me the entire month to finish. Over the course of the past year or so I’ve noticed an interesting pattern.

About halfway through the month, I am typically anywhere from 80% - 90% done with the article. Yet, it still takes the rest of the month to finish the remaining 10% -  20%.

Each month I typically reach a point where I have to stop writing and start living because the finishing touches require some information or experience that I haven’t had yet.

With last month’s article, Victory Lap, there was a week until the article release date, but I could sense that something was missing. Then, that week I was in the gym locker room when I overheard two guys having a discussion about speaking things into existence vs. creating a plan.

Interested, I joined the conversation not as a speaker but as a listener. With the goal of understanding both perspectives because it directly related to one of the lyrics I had picked from Victory Lap, “Spoke some things into the universe and they appeared”.

Initially, I came into the conversation leaning towards “speaking things into existence” but one of the opposing arguments challenged my perspective. He said, “well you only share when it does happen, you never share when you attempted to speak something into existence and it didn’t happen.”

Guilty! That conversation led to some personal reflection which resulted in some touch ups to the article. Then a day or so later a friend happened to send me a video about the importance of planning. And just like that everything came together and the article was complete.

Self Imposed Limits / Don’t Put Yourself In A Box

“Based on personal experiences and my passion for business, entrepreneurship, and financial education, the majority of my articles will reflect these topics.” —Nathan’s Facebook - Feb. 7th, 2017

After overcoming the fear that I would run out of ideas, the next breakthrough was the self-imposed barriers regarding the type of content I could write. When I made the Facebook post above announcing that we were launching the website I thought the majority of the content would be financially based.

As I’ve mentioned before, what initiated my writing journey was the financial game I received the summer after graduating; I felt compelled to share my newly acquired knowledge with my peers. I didn’t see myself as a writer, but rather someone who was using writing to deliver financial education.

Prior to our launch, I made a list of potential article topics, all financed based to ensure that I did not run out of content. Funnily, many of those ideas were never acted upon and most of the drafts have not been edited since 2017.

Looking back I slowly emerged out of the box unknowingly due to the guidance of Rakim’s comment “What I do when I’m writing I’m putting down my life.” Because as I lived my life, the variety of experiences and challenges I faced became a part of my writing.

Brené Brown says, “vulnerability is the birthplace of innovation, creativity and change." Being that increased vulnerability was one of my goals in 2018, unknowingly my creativity was influenced and further expanded with each step outside of my comfort zone.

And although it’s good to have boundaries (for example with BYLU specifically each article must have some relevance to at least one of the 5 pillars), one must recognize the difference between boundaries of purpose and barriers of comfort.

*Note some of those financial based articles will eventually be finished and released. The timing has not been right yet. lol

“Some people say, "Give the customers what they want." But that's not my approach. Our job is to figure out what they're going to want before they do. I think Henry Ford once said, "If I'd asked customers what they wanted, they would have told me, 'A faster horse!'" People don't know what they want until you show it to them. That's why I never rely on market research. Our task is to read things that are not yet on the page.” ― Steve Jobs

Whenever you find yourself creating, whether it be a new industry, product, or content, it’s important to find the balance between giving customers what they want and creating what they don’t realize they need. Do not be a slave to your customers.

For BYLU specifically, The Art of Savings was my biggest article so it would have made sense to write more finance based articles. But another gem I learned from Tim Ferriss was that every article will not resonate with all of your audience.

This comment allowed me to distinguish the difference between reach and impact. While some articles only resonate with a few readers, it doesn’t mean it’s less valuable than a piece of content that reached a broader audience. In fact, it’s usually those niche articles that have the greatest impact.

If I had been a slave to the numbers I would have never written “Friends: How to Have a Meaningful Social Life After College” which despite being released over a year ago has had consistent weekly reads for the past few months on Medium.

“Nate, this is so beautiful. I feel so connected to so much of what you’ve shared here. I hope you stay strong and brave — and that we get to connect more over time. You’re the kind of person I want to surround myself with, so I can grow and be inspired.”

‍Lastly, The Bag Lady’s A-Alike, which is the #1 article on our website and arguably has had the greatest impact despite coming out 16 months after The Art of Savings. So don’t allow others to put you in a box rather be the Pablo Picasso of your field. ‍

“Pablo Picasso: When his name became too attached to a particular style, he would deliberately upset the public with a new series of paintings that went against expectations.  Better to create something ugly and disturbing, he believed than to let viewers grow too familiar with your work. You will gain their respect and tighten your hold on their attention.”  — Robert Greene 48 Laws of Power

“Perfection is the enemy of progress.” — Winston Churchill

Whatever endeavor you decide to embark on, remember that it doesn’t have to be perfect to start. The official BYLU Campaign logo was not created by Daniel until August 2018, a year and a half after we launched.

And although our preference was for it to be complete prior to our launch, time was not the issue and neither was Daniel’s skill-set. It was experience.

Only through the podcast, 20+ blog posts, and interaction with our community were we able to gain clarity/refine what BYLU meant to us, in order to create a logo that accurately represented its essence.

Be open to the timing of the process because it’s going to take longer than you would like. A 5-year benchmark will also weed out opportunities that you're pursuing for the wrong reason because it’s difficult to spend your free time doing something you don’t love for 5-years when there is no guarantee of a payoff.

Lastly, take it one day at a time. There will be hard days where mere discipline is holding you afloat but there will also be days where you look forward to creating. But all in all, enjoy the process.

And although it feels unreal that we are about to hit the 2-year mark, I’m extremely grateful. So thank you to everyone who has shown us love throughout this journey. We sincerely appreciate you.