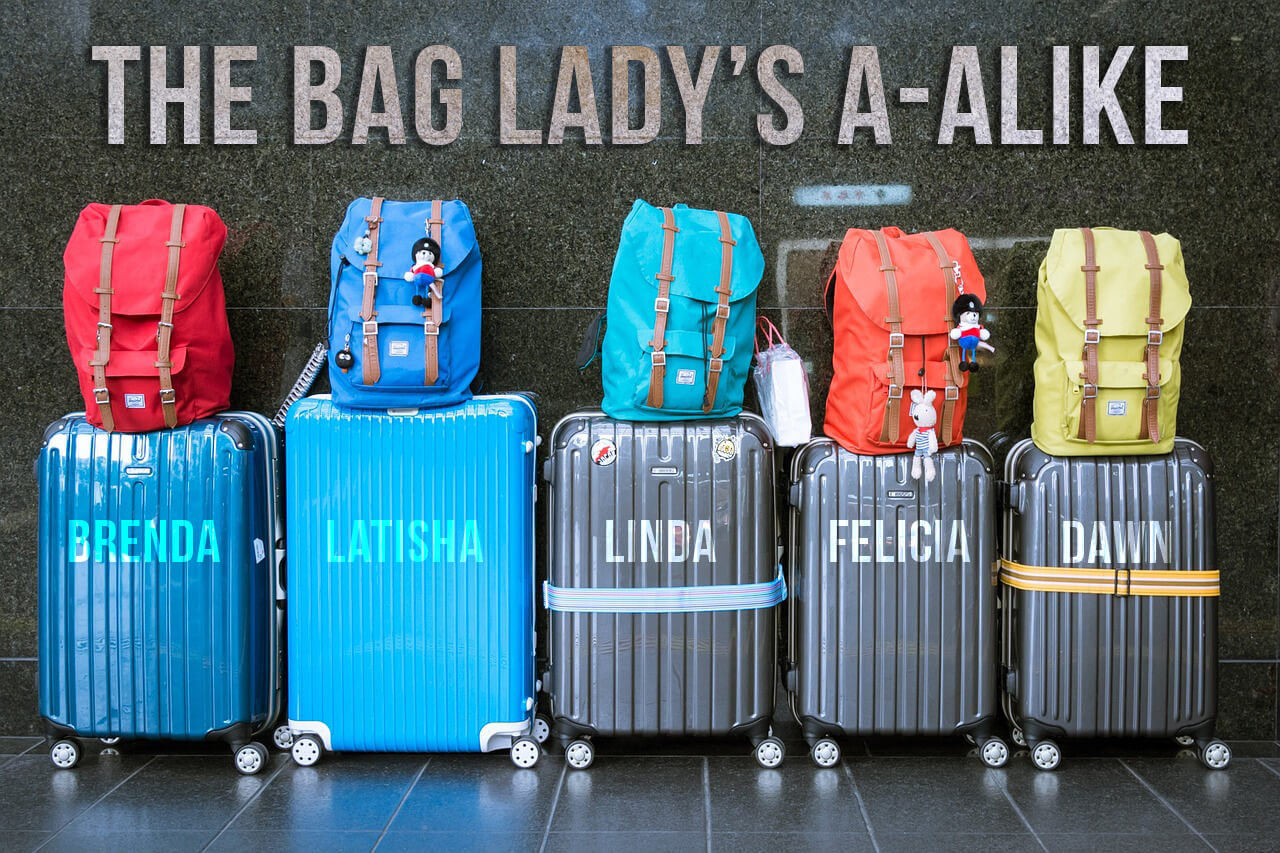 When I embarked on my writing journey last February, my perspective of the content I was capable of writing and willing to produce was limited. I knew that I wanted to be personal, but only to an extent.

Sharing my financial struggles in The Art of Saving article, though honest, was still very much so within my comfort zone. However, over the past few months, my disposition has transformed as a result of these two comments.

“I believe that if you want to help people, actually help them by telling the truth.” —  Eric Thomas

“It’s the artist's job to provide a space for people to have real conversations.” —  J Cole.

This article addresses a topic that men rarely have the opportunity or space to discuss. It was only through gaining comfort in myself and opening up that I noticed that so many other men are currently facing or have faced similar situations.

Moreover, I knew that despite my fears, tendency to uphold myself in a positive light to protect my reputation, and not wanting to cause any more harm to the people that are affected, I had to evolve and allow myself to develop an unwavering candidness even when addressing topics that are challenging and outside of my comfort zone.

“The reason people change is because of pain, the reason we grow is because we get uncomfortable and we embrace being uncomfortable, but being honest with the pain that we feel is the prime mover for people to do the work that is necessary.” —  Michael Gervais

Part of the BYLU lifestyle is embracing and aspiring for greatness in all areas of one's life, what we refer to as the 5 pillars -- intellectual, physical, financial, spiritual and emotional.

When I evaluated myself against the 5 pillars earlier this year, I ranked pretty well in 4 out of  5. I was reading consistently, exercising 4 times a week, saving/investing about 30% of my income, and praying/having devotional time in the morning. However number 5, emotional, was a clear weak spot.

I had known my emotional pillar was lagging behind, far before this moment. Over the years people had pointed it out, but I was too comfortable in my ways. Unfortunately, to change it took losing someone I considered a best friend. The pain I experienced was the fuel I needed to begin doing the work required to make real change.

“The ability to learn is a gift even when pain is your teacher.” — Inky Johnson

Loss and pain is something I experienced throughout my life. However, this time I decided to take a different approach, I allowed it to be my teacher in order to learn the lesson.

Similar to a levee, I’ve been known to hold back and suppress my emotions. And like the levees in New Orleans pre-Katrina, mine desperately needed rebuilding because in the event of a hurricane, someone’s daughter would get hurt by my category 5 baggage.

In a Breakfast Club interview William Catlett said, “If a women has met a man that hasn’t cried in 12 years then she has met a ticking time bomb. Because God gave you the ability to cry to express yourself.”

Although it has been less the 12 years since I’d cried, my emotional capacity was in lack and I was finally ready to address it. The past 7 or so months have been quite the journey, filled with many ups and downs. I’ve learned so much about myself, and although I’m not the man I want to be yet, I know I’m in a far better place.

By going back through the relationship and trying to see what areas you messed up, the times you didn’t see the open lane, missed an assist, or didn’t get back on defense. This process takes time, but I’ll get more into that later.

Realizing that I had to go through this process alone, I decided to write down my life story in bullet form from age 5 to present day to get to the source of the problem.

Totally immersing myself in each age, by answering questions like, what was my home life like, how was school, who were my friends, what girl did I have a crush on, and what activities were I involved in.

Though painful at times, this process gave me some great insight on myself and was the first step in peeling back the layers of my life.

“It’s healthy and necessary to feel all of the human emotions.” — Michael Gervais

Unfortunately, like many other men, I was never really taught how to deal with or express my emotions. In fact, my environment promoted suppressing them. And throughout my adult life I allowed this to be my crutch, I used it as an excuse to not get better instead of making the necessary adjustments to be better.

I had to learn to distinguish between being in tune with my emotions and being overly emotional. Growing up, either you were a “sucka” who showed their emotions or you were a “real one” that didn’t.

Not wanting to be labeled weak, whipped, or Drake, I opted to suppress my emotions. Failing to realize my happiness was dependent on being able to feel and express them, that not expressing my emotions didn’t mean they went away, and that unexpressed gratitude/emotions communicates ingratitude.

My life story exposed my emotional immaturity. And as the scales fell from my eyes, I saw clearly all the times when women attempted to point out the immaturity my ignorance blinded me to.

Recently, I read a tweet that said “women are NOT rehabilitation centers for badly raised men.”, I felt convicted because I subconsciously had this exception.

When I had my big “AHHH Moment” I thought my newfound wokeness was enough. That it was her job to guide me through my rehabilitation, considering only my own needs and not the burden it would create. Again forgetting that it was my responsibility.

TIME IS YOUR FRIEND, NOT YOUR ENEMY:

EITHER FOLD OR BECOME A DIAMOND:

Just like money, relationships expose who you really are. Prior to getting into a relationship, you couldn't tell me that I wasn't going to be the perfect boyfriend, Nate Perro aka Prince Charming. lol

But as ET once said, "Your gift will take you places that your character can't keep you." I was gifted with talents that could get me into the ring but I didn’t have the skillset to stay in the fight.

I had ambition/goals, a six-pack, and a good personality, I mean what more could someone ask for right? Lol I’m husband material. Wrong, to win a fight you need more than a six-pack you need heart -- emotional maturity and I was lacking heavily in that area.

In the words of Haha Davis, “I was bamboozled!” I let social media culture convince me that as long as I wasn’t cheating or beating then I was a good dude and since good dudes are hard to come by that I should be put on a pedestal. But that’s not the case, being a good dude requires much more than being faithful.

“Every man is more insecure than they would admit.” — Wale

What I had to realize was the issue was me. Not showing affection and being emotionally immature wasn’t anyone's fault but my own due to a lack of self-love and insecurity. And it made sense based on how I treated myself and my FOPO (Fear of Other People’s Opinion).

Where is the self-love Perro? At times I let my ambition get the best of me. Forgetting to be present and have gratitude for where I’m currently. That’s probably why I don’t take myself out on dates, celebrate my small wins, or have self-care days.

So how could I reciprocate that energy to someone else. I had to realize that how I treat others is not a reflection of them but a reflection of me, and it was clear that I was lacking in the self-love category.

Going through my life story a trend that also emerged was my FOPO regarding women. Throughout the years no matter how much I liked the person or how attractive they were in the back of my mind I was concerned about the opinions of others.

I remember as a kid saying no to this girl who asked me to be her BF because my friends said she was ugly. Then when one of them started dating her a few months later I was in my feelings.

What I had to learn and I’m still learning is that I can’t control people or their opinions because they are inconstant and constantly changing. Therefore, I might as well please at least myself in all things.

Lastly, despite knowing that my fitness and financial goals required hard work, I somehow thought relationship goals were easy. All it takes is a nice picture with a Drake line for the caption, right?

Wrong again, it takes hard work just like any other goal. The problem was I committed to the prize and not the process. Long ago I decided that I would be a great bf once I got into a relationship.

But that wasn’t a commit to the hard work it would require. In translation, saying I wanted to be a good bf was no different than saying I want to be a millionaire, it sounds nice but it means nothing if my actions don’t reflect my words.

Moreover, being exposed was humbling. I realized Nate Perro was not as great as I believed him to be.

KEEP THE PICTURES, GET RID OF THE BAGGAGE:

My goal this year was to become more vulnerable. Because, “vulnerability is how we train emotional capacity. The more we become vulnerable and demonstrate the courage to do so we expand our capacity to feel.” — Michael Gervais

I never thought my journey would include writing this article. And despite the hesitation prior to writing it and the hesitation I have now putting it out into the world, I’m glad I did because it’s been helpful to reflect on and synthesize my experience.

It’s difficult for most people to admit that they were not a good friend, bf, or spouse. I hope this article will encourage you to be accountable for your shortcoming because as my good friend Della said,

and when that opportunity comes you want to ensure you are prepared. Moreover, although I’m still on the journey of becoming the man I aspire to be, I’m grateful that one day I’ll have the opportunity to be the Real Real Nate Perro.