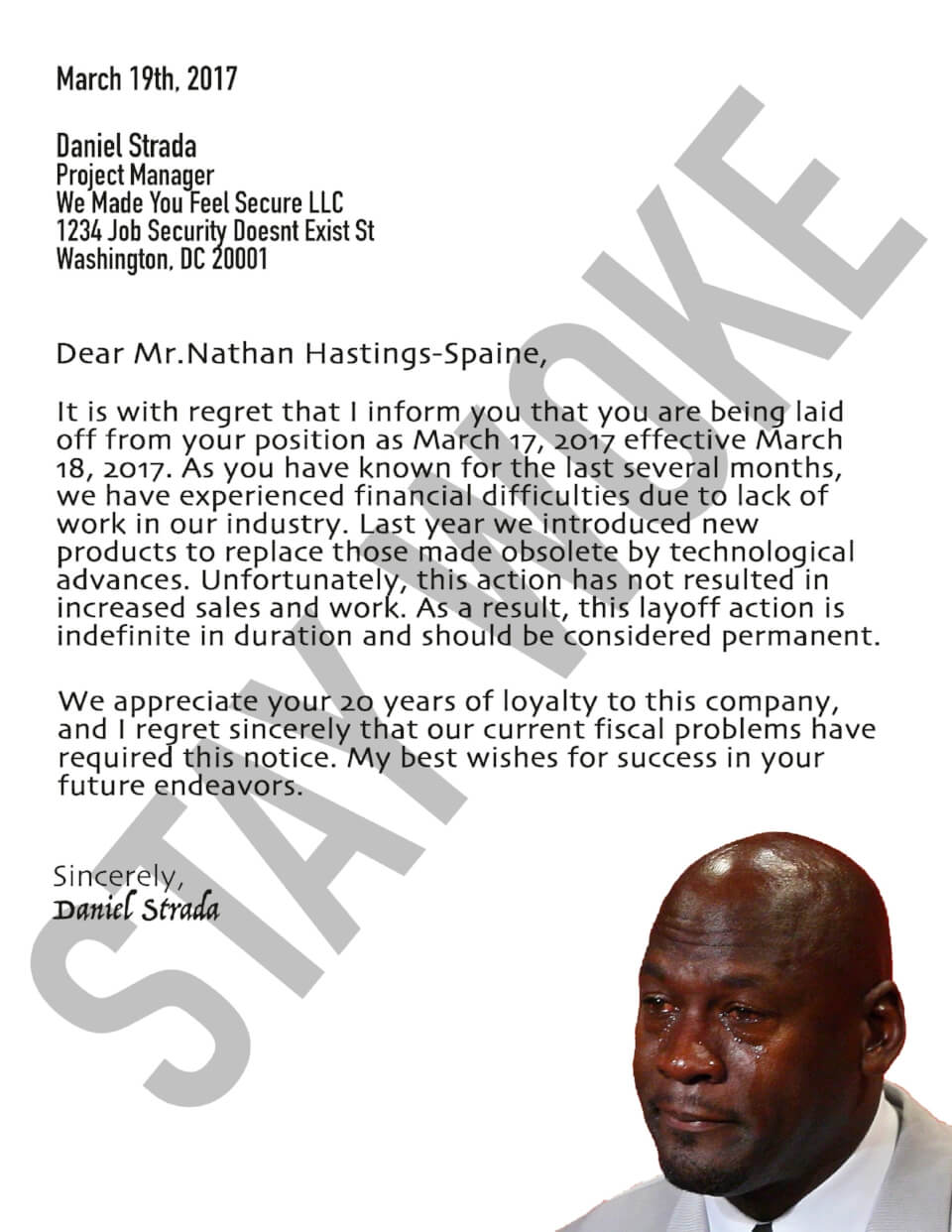 When you envision the later years of life, what comes to mind—the beach, family? Images that never scratch the surface are ones of regret, unfulfillment, and disappointment. So what happens in the 40 years between 25 and 65? When is a bright future overtaken by the darkness of an unfulfilling past?

Recently, I’ve been listening to Big Sean’s new album “I Decided”. The project conveys a powerful message about living your life to your potential. Personally, the intro skit had the most impact. In the intro skit, an elderly man is reflecting on his life in a conversation with God.

The man says, “I been working the same job for 45years…I feel like I blew it… What am I really even doing? This job ain’t me…This ain’t what I’m supposed to be doing in my life.”

‍My greatest fear is one day having this conversation with myself. The idea of looking back on life knowing I didn’t reach an ounce of my potential would trouble me. Les Brown refers to this as “the ghost of your potential”.

Job security is a concept that I have always wrestled with. Does it mean seeking a job in the automotive industry because it’s the cornerstone of American manufacturing, or pursuing a career in accounting because “everyone needs an accountant”?

If so, why is it that the crash of GM left tens of thousands unemployed and the city of Detroit destitute? Why is it that EY, one of the Big 4 accounting firms, claims that undergraduate hiring would fall 50% across the firm by the year 2020?

“No one really has any job security anymore, including myself.” – Simon Cowell

Steve Jobs, former Apple CEO, was publicly acclaimed and recognized as one of the most influential people over the last 25 years. Many view Jobs as the heart and soul of Apple, and after his unexpected death, customers, investors, and the tech community worried about the longevity of Apple without their disruptive leader. Along with his many successes, Jobs faced many trials on his way to the top.

An often forgotten and overlooked part of his legacy is June 1985, the summer he was fired from Apple—just nine years after creating Apple Computer with co-founder Steve Wozniak. One would consider that as the co-founder of Apple, his position was secure as long as the company was still in business. However, low sales of the second generation Mac and a disagreement between Jobs and Jon Sculley, Apple’s CEO at the time, led to Jobs termination.

One of my college professors said in a lecture that companies never die. At the time, I didn’t understand the depth of his comment having seen many household brands go out of business: Blockbuster, Circuit City, Lehman Brothers, etc. However, the point he wanted to drive home was that companies are built to withstand the lifetime of its leadership.

Today Apple is still the most valuable company in the world. Yes, Steve Jobs is gone but business must go on, hence Jobs being replaced by Tim Cook. No, Tim Cook may not have the creativity, leadership style, or presence that Steve Jobs had, but the company can still function without him. Companies are like engines—a part may be missing but the car can still keep moving forward and that part can be replaced.

I had a personal encounter with job security during my junior year summer internship. Viewing myself as a young, intelligent, black man, I developed a sense of entitlement towards Corporate America.  I believed that any company would be lucky to hire me.

During my internship this theory was put to the test. Midway through my internship I decided that I wanted to switch to a new group when I started full-time. The process included completing an application, writing a cover letter, and interviewing. Familiar with the process because of friends that had successfully made the transition, I helped another intern.

After submitting my application I was confident that I would be able to make the switch. On top of being well qualified, I had great reviews and support from some of the higher-ups in the company. Unfortunately, things didn’t go as I anticipated. I was not invited to interview but my friend was.

My theory failed. How could this happen? I’m Nathan Hastings-Spaine, a hot commodity in Corporate America, right? Wrong. Despite how hot of a commodity I thought I was, at the end of the day I was still a commodity—replaceable.

‍“Job security is too often based on someone’s insecurity.”

Per a recent ManpowerGroup survey, 87% of millennials said job security was a priority when looking for employment, second only to money (92%), and well ahead of things like “purpose” and “flexibility”. For a generation that I consider dynamic based on our perceived breadth of career interests and passions, I found those statistics shocking.

Why is it that we place high value on job security, and little to none on purpose? I discovered this answer yet again, while watching an interview on the popular radio show, The Breakfast Club.

Master P in an interview with The Breakfast Club said he wasn’t afraid to lose it all. Initially, I was confused by this because he grew up in the projects of New Orleans, and was able to make the Forbes list.

We all know what happens when you go from being rich to broke, your name become “MC Hammer broke”, and now with the influence of social media, you are liable to become a trending topic or worse a staple meme like the Jordan crying face.

So why is it that Master P is so secure in himself that he can confidently say I’m okay with losing it all? This reminded of similar comments made by a few other successful individuals:

At the core of these three messages is knowledge—applying information and possessing a skillset.

Master P said, “I’m going to always be a billionaire because I have billion dollars’ worth of knowledge.” Gary Vee said, “I know myself...” Eric Thomas said, “I know how I made it, I know how to speak, I know what corporate companies are looking for.”

They recognize the value of the knowledge they’ve acquired and skillset they’ve developed, so losing money is not a concern. Recently I read Malcolm Gladwell’s book Outliers, where he discusses the 10,000-hour rule.

The rule tries to quantify how much time it takes to master a craft. What these individuals have recognized is that you can take money from me, but you can never take the 10,000 hours I spent mastering my craft. Thus, my two takeaways from this article are the following:

1: “You could be only one skill away from doubling your income.” – Brian Tracey

2: “Better is a book than a well-built house.” – Eric Thomas

Currently, you may find yourself in an unfulfilling job, a job that means no more to you than a paycheck. I want you to remember that today’s shortcomings do not have to be tomorrow’s. Think long-term! Tony Robbins said, “People overestimate what they can accomplish in 1 year, but underestimate what they can accomplish in 10 years.” Don’t get consumed with instant gratification.

Also, save! (see The Art of Savings post).  The opportunity you are desperately seeking may require some short-term sacrifices like a pay cut or non-paid work, but if you don’t have any savings you may end up trapped at the job you are so hoping to leave. Nonetheless, never settle! Constantly reevaluate where you are currently versus where you want to be. Then develop an action plan to bridge the gap!