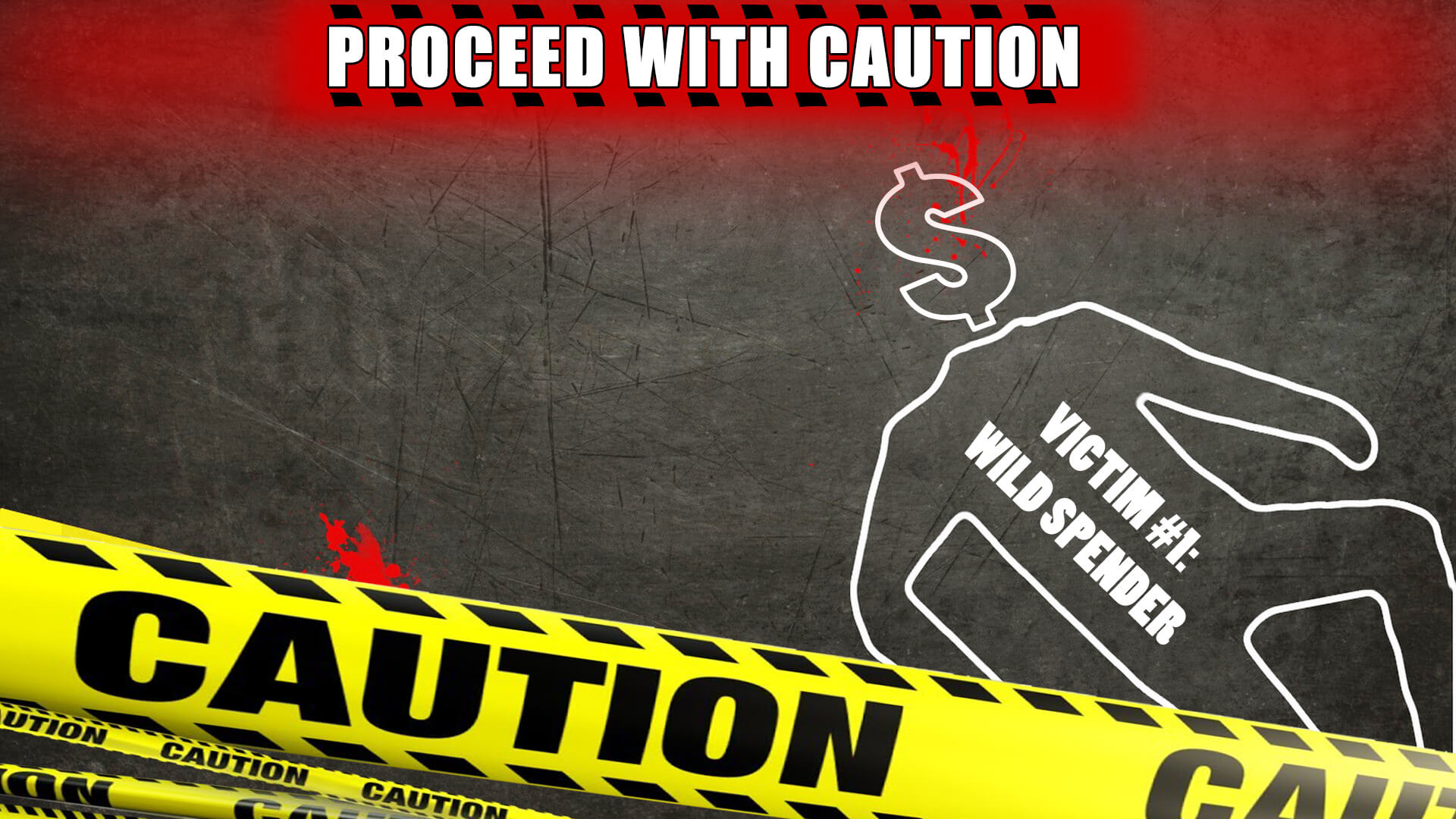 Outside of the eventful turn-ups and not so pleasant all-nighters, it’s hard to reflect on the undergraduate experience without remembering the nights you had ramen noodles or sleep for dinner. It’s no secret that the average college student is broke.

In fact, I’m sure the term “struggle account” was coined by a college student. Recently, I came across a surreal study of 3,000 college students that said 71% reported having to alter their eating habits because of the low budget they must live on while in school.

With that, my excitement around graduating was not necessarily triggered by my eagerness to embark on the adult journey, rather the desperation for a steady source of income to have a basic necessity in life—food, as well as afford the lifestyle I deserved. Heavily consumed with the approaching lifestyle change, I created a laundry list of items that I “needed” to purchase once I got a job:

In an effort to be diligent with my paycheck as I mentioned in the Savings article, I developed a plan to acquire these items. My first purchase from the list was a new watch. In a city of flash and finesse, it seems unimaginable to exist as a yopro without one.

Soon after the purchase my excitement about receiving this new stamp of approval drastically diminished. Excitement converted into a desire for more stuff and more money—I mean what is a new watch without a new suit?

Recently in a conversation with a friend, he made a comment that fundamentally shifted my perspective. “How much money is enough money—It’s never enough! Whenever you think you’ve reached the finish line, it gets pushed back—our desires never stop.”

I was money hungry. I wanted to prove that I had made it. Unbeknownst to myself, these actions to display my increase in status and success were actually moving me in the opposite direction of where I ultimately wanted to be.

Author Brendon Burchard said in The Motivation Manifesto, “Humankind’s main motivation is to seek and experience Personal Freedom.” My spending habits created an illusion for myself and others that I had personal freedom, when in reality I didn’t.

In fact, these habits were moving me away from where I wanted to be. In this article, I want to encourage others to take their freedom back by providing tactical methods that I’ve recently adopted.

If your spending increases in proportion to your salary increase, are you really making more money?

Growing up my mom used to tell me and my siblings stories about the rich-poor, individuals with high income but a significant amount of debt. As a loan officer at a local credit union with a money hungry son, she especially loved to shares these stories with me.

In her role, she was exposed to the person behind the half million dollar house, luxury cars, and designer clothes. The person who despite having a $300,000 salary could not even qualify for a $15,000 loan.

All the stories had a very similar sequence. A customer would come into her office upset after receiving notice that their request for a relatively small loan, when you consider their income, was denied. The person would argue about how much money they made and express their dissatisfaction with her and the credit union.

Like any child I took these stories with a grain of salt. Until recently, I began considering that these people were once 22 and bad habits don’t develop overnight. In Secrets of the Millionaire, Mind T. Harv Eker said, “Money will only make you more of what you already are.”

Holding this true, if you can’t control your spending at 21 making $50,000, you won’t at 40 making $300,000 either. As our income increases we often fabricate reasons why it’s necessary to have a more expensive car, apartment, or gym membership. Such behavior overtime makes us vulnerable to the fate of my mom's customers, rich yet poor.

“Poor is the man whom is not content with what he has.” ―Rita Gonzalez

The combination of being overly ambitious and living in a country where excess is part of our very being, makes it difficult to embrace a content lifestyle as it seems contradictory to who we are. Can contentment and ambition coexist? Where does one draw the line between content and complacent?

Often I’ve attributed my desire for more money to ambition, when in fact it was fueled by a lack of contentment. Money led my decision-making, not my heart.

Millennial minorities in particular have been significantly impacted by this lifestyle choice so deeply embedded in our American culture.

“Ironically, even though black and hispanic Millennials are less likely to receive financial support from parents, their parents are more likely than white parents to expect their kids to help financially support them later on. According to the Clark poll, upward of 80 percent of black parents and 70 percent of hispanic parents expect to be supported.

And most studies show that a primary reason why people of color are unable to save as adults is because they give financial support to close family. This is important because when emergencies happen, many Millennials won’t have the reserve money to cover them.”

The notion that one must uphold a certain lifestyle based on their employer or job title is one of the many unwritten rules of Corporate America, ultimately causing many minorities to undergo financial assimilation.

In many entry-level positions, you start off with a class of new hires where everyone is making a similar salary. This income transparency creates an illusion that everyone is financially equal. For example, you may see that your coworker lives in a nicer apartment and eats out for lunch everyday, so naturally you believe you can do the same.

However, you should never judge a person based on what they have if you don’t know how they obtained it. Perhaps your coworker doesn’t have any student loans and their mom is helping them pay rent, so they can afford to live in a nicer apartment and eat out daily. We all have different realities and responsibilities, so the idea of mirroring your lifestyle to match others is suicide for your personal freedom.

“If you cannot save money, then the seeds of greatness are not in you.” ― W. Clement Stone

Jay-Z recently released his 13th studio album and hip-hop enthusiasts are praising it for its nuggets of wisdom. Jay-Z himself agrees as he proclaimed, “I’m trying to give you a million dollars worth of game for $9.99.” A personal takeaway was a line from the final track Legacy,  “You run this hard just to stay in place”.

Many professionals work hard throughout the course of their career yet financially never really progress. Earlier, I presented the quote, “Humankind’s main motivation is to seek and experience Personal Freedom.”

We all seek personal freedom but few actually experience it because many of us are in fact running in place. We often believe that an increase in earnings will push us forward, however the only way to move forward is discipline.

“Routine, in an intelligent man, is a sign of ambition.” ―W. H. Auden

Ambition isn’t measured by the depth of your desire but rather the extent of your discipline. Simply having ambitious financial goals isn’t enough. The challenge with achieving personal freedom is that it takes time. You have to play the long game which is difficult to do when you are concerned about the ever changing opinions of others.

The play Cyrano De Bergerac said it best, “I realized that the opinions of others were inconstant and constantly changing so I resolved to follow the law of least resistance and please at least myself in all things.” As a yopro in NYC it’s a constant battle because of the vibrant social scene. So recently I developed two strategies to help me remain disciplined:

Saying that I always enjoy taking the train instead of Ubering, or bring my lunch to work instead of buying would be a lie. In fact, at times it can be frustrating when we live in a world that tells you to treat yourself daily. Staying disciplined over an extended period of time can be extremely difficult if you don’t celebrate the small wins.

For example, during the winter for a period of about two months, I was saving consistently and not giving myself the opportunity to indulge. By the end of that two month period I was bitter because I felt like I was missing out on the lifestyle I deserved to live. Eventually, this built up tension led to a random splurge one weekend almost bringing me back to where I was before I embarked on this “spending crunch”.

Therefore to avoid random splurges, I created a rewards system. One of my rewards I developed was treating myself on Saturday or Sunday to a nice meal if I didn't eat out during the week. This system made my expectations more realistic and allowed me to occasionally enjoy some of the fruits of my labor.

Naturally, we make spending decisions based on the cost of a good or service,  rarely giving thought to the actual value. Growing up like most kids, when my siblings and I went to the grocery store we had a range of items that we asked our mom to buy. One item I vividly recall because of our persistence was Lunchables.

Unfortunately, our persistence was met with great  resistance, her response was either ignoring us, the look of death, or a flat-out no. As a child I didn’t understand why my mom wouldn’t buy the Lunchables for us. She had a job and it only cost $4. What I didn’t conceptualize was my mom wasn’t looking at the cost of Lunchables, she was assessing the value - opportunity cost.

Let’s say she had $150 to spend on groceries every two weeks. To her, it's not worth almost 10% of  her grocery money to buy one Lunchables for each of her three kids.

Determining the value of your purchases is another tactic to changing your spending habits and become more disciplined because it changes the conversation's focus from affordability to worthiness.

An exercise I recommend completing is going through your bank statement and seeing how you are spending you money. When you pay your necessary expenses such as rent, student loans, etc., how is your money being spent after? I’m sure you will be surprised!

In the words of rapper Bun B, “Never let a penny pass, never let a dollar disappear” because a small hole can sink a great ship. We believe we are all like the titanic, unsinkable because of the size of our ship.

However, if you ask the thousands of professional athletes and musicians that have gone broke, I bet they would have said the same thing in their prime.

So stop “buying things [you] can't afford, with money that [you] don't have... to impress people that [you] don't like!" Live for you, be content, exercise financial discipline, and experience personal freedom!