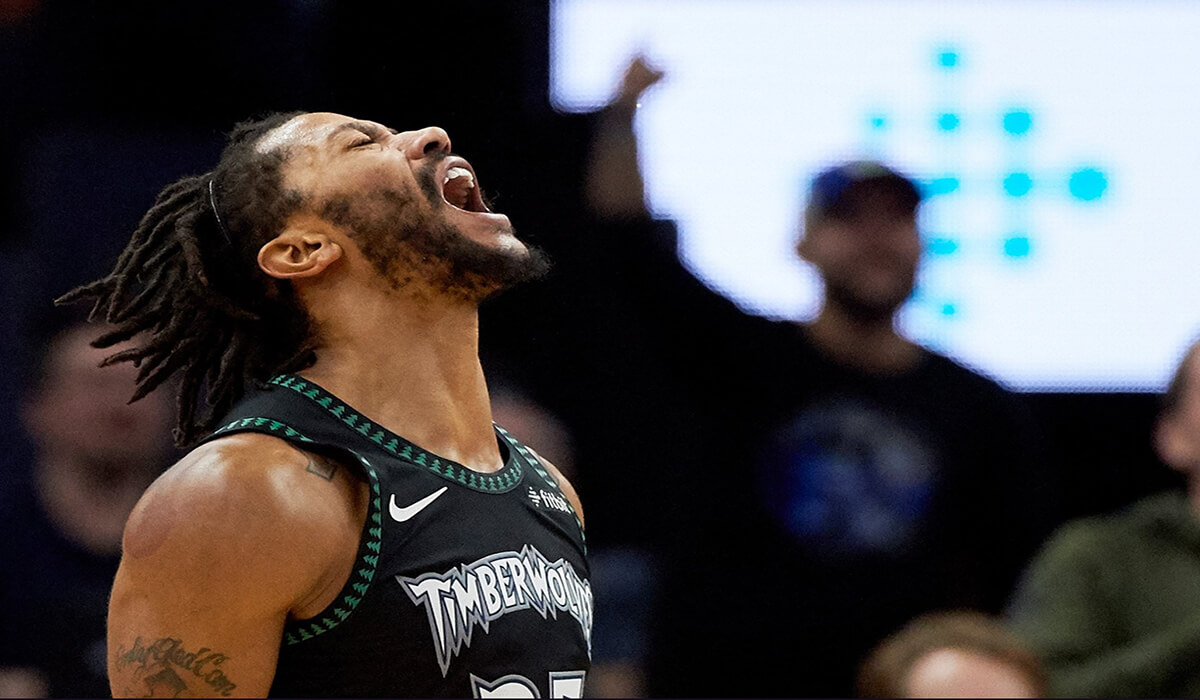 “If someone hands you a million dollars, you’d better hurry up and become a millionaire. A very rich man once said, “If you took all the money in the world and divided it equally among everybody, it would soon be back in the same pockets it was before.” – Jim Rohn

In the land of the free, home of the brave, the average retirement age is 67 and the average life expectancy is 78. In a nutshell, people work for 40 years for 11 years of freedom. Wanting to go against the status quo many years ago, I made the decision that I never want to retire.

On the surface, this seems absurd. Who doesn’t want to retire to Florida at age 30? In simple, I want to be the Quincy Jones of my profession; at age 83, he produced the National Museum of African American History and Culture pre-grand opening event at the Kennedy Center and the 2-hour dedication ceremony the next morning.

And at his current age of 85, he still produces music and works with young talent from around the world. My goal is to have a career that I never want to retire from.

A frequent question asked of the ultra-successful is, “what keeps you going given all your accomplishments/success?” I’m sure Quincy Jones is at the receiving end of this question all the time.

‍Initially, I saw no fault in this question, in fact, I thought it was a compliment. I mean who doesn’t want to be held up in such high regard. However, due to a recent paradigm shift from potential to purpose, I now understand that the question is not only problematic but also a bit offensive.

When you peel back the pretty covering, the question is really saying, you have reached your peak, so why are you still climbing? In a way, it projects the sender's limitations onto the receiver.

As I alluded to earlier, the American Dream is to have a successful career, retire after 40 years in the workforce then travel the world. During the course of our working years, we hope to acquire a nice house maybe even a second home, have a few kids, and hopefully become a millionaire.

But what happens when you become a billionaire at age 23, 1 year into the start of the average person's career. Do you retire? What made Shane Missler a recent Mega-Millions winner retire at age 20 and Mark Zuckerberg a billion at 23 keep working?

It’s perspective. To simplify, let’s say we have two farmers, each entrusted with producing on their plot of land for 40 years. The first farmer has 1 acre and the second farmer has 40 acres.

Shane Missler had a job at a local background screening company, and he likely saw his lottery winning as an advancement on his 40-year long career. In his mind, why work when I’ve already been compensated well above what I expected to make in my 40-year career.

Like the first farmer, he was focused on the amount produced. And when you dig a bit deeper this demonstrates a focus on the reward. One of our BYLU Value is “The Process is the Prize”.

In other words, the person I become on the journey to what I acquire is more important than what I acquire. Mark Zuckerburg, though I imagine is extremely grateful for being a billionaire, is not focused on the money/being a billionaire. Rather his focus is growing the business he started in his college dorm room to its greatest height.

This philosophy translates to all areas of life. For example in the sporting arena, I’m sure the average tennis player would be grateful to have half of Serena Williams accomplishments.

Yet she still competes after having a baby. To most, it seems insane but her perspective is different. In a recent interview, she said, “I’m just getting started”. Meaning I’m not concerned with what I have accomplished, rather that I still have more years to give to the game of tennis.

So what keeps the ultra successful going? As a newbie in my entrepreneurial journey, I’ve found that my ability to recognize the difference between a hilltop and peak; and how firmly I stand in my purpose are the two keys.

“Income rarely exceeds personal development. Sometimes income takes a lucky jump but unless you learn to handle the responsibilities that come with it it will eventually shink back to the amount you can handle.” – Jim Rohn

It was easy to laugh at the statistic which says, “of US lottery winners who win excess of 3 million each, 80 percent are bankrupt within three years.” Until I looked in the mirror and ask myself, Nathan, can you handle success?

Based on my track record, No. I’ve heard the Jim Rohn quote a few times before and my first thoughts have always been, try me. I want to take the Mega-Millions test because I’m tired of being in financial transition. Lol.

When in reality I’ve had my good fortunes, although it wasn’t the lottery, they came. In fact, they were on a much smaller level yet I still managed to fail. The issue wasn’t do I have what it takes to achieve. Rather how I reacted when I achieved it.

Success has been my Achilles heel. My issue has never been setting goals rather lacking the maturity to set new goals when I accomplished one. Instead of pressing forward and setting the bar higher I ease up on the gas.

And since nothing is ever at a standstill and we are either moving forward or backward, I was on the decline. Maturity comes from the ability to recognize that what was once perceived as the mountain peak early in the journey may actually be a hilltop.

When we achieve a goal, there is a time period that is designed for rest/celebration but there is also a small window where we must set a new goal in order to keep our momentum.

I thought the grind stopped when I accomplished my goal, not realizing that it was just the beginning. The Dean’s List appeared to be the mountain peak from where I was positioned in life when I set the goal.

Coming for a below-average Public High School, being able to compete with the elites at a school like GW seemed far-fetched. So when I made the Dean’s List I became so overly consumed with excitement that I forget to look up and see that the journey was not over.

A few months ago, I came across an article about Jeff Bezos, CEO of Amazon, and new company Blue Origin. Only reading the article subtitle, I noticed that it was a rocket company.

Initially, I thought, another billionaire wasting his money on space to fulfill a childhood fantasy. Isn’t Elon Musk and his company SpaceX enough? Until I watched an interview where he articulated why Blue Origin is the most important work he is doing.

The interview started my paradigm shift, from potential to purpose. “Potential is what the world sees for you, but your purpose is connected to what you see for yourself” – Nate Perro

Recently I’ve spent a lot of time with the concepts “we all have our own lot in life” and “be fruitful and multiply” and it has put a lot into perspective. I realized that it wasn’t for me to tell Jeff Bezos what to produce with his acres of land (resources) because only he knows what crop would grow best based on his skillset.

Personally being on the other side of the billionaire spectrum, the “in financial transition side”, it’s easy to see capital as the answer to the problems of the world when in fact it’s innovation.

Only efficient capital, which is the result of innovation can solve problems. From the Wright Brothers well-funded competition who failed to take flight to the 100s of startups that received millions of dollars in funding before the Dotcom Bubble in the early 2000s and went bankrupt.

Money is never the answer. In fact, the repercussions of inefficient capital are sometimes worse than having no resources at all.

Last year I went to a One Young World event hosted by Facebook and Jerome Jarre, the Co-Founder of Love Army for Somalia. Jarre spoke about his journey in raising funds for Somali refugees.

After collecting money from thousands of donations, his team planned to charter a plane filled with food and supplies from America and take it to Somalia, until they realized that the problem wasn’t Somalia not having food available for purchase.

In fact, there were grocery stores with plenty of food, but the refugees couldn’t afford to buy groceries. So instead they partnered with Samsung to give each family a phone and distributed the money via the phone.

This saved tens of thousands in shipping cost and positively impacted the local grocery stores/ Somali economy because the supplies were not bought from American companies.

Money Is never the answer, but rather a tool that allows one to solve a problem. Inefficient capital has the potential to create more damage; which is why it’s essential to allow people to fund projects that complement their gifts and skillset.

“My mission in life is not merely to survive, but to thrive; and to do so with some passion, some compassion, some humor, and some style.” Maya Angelou

All the greats we admire have a commitment to not merely survive but thrive. To not just be the best tennis player in the world and win 23 Grand Slams, Serena Williams, but to be the best athlete ever.

As George Eliot once said “it is never too late to be what you might have been” because as the proverb goes, just when the caterpillar thought the world was over, it became a butterfly.

We all have fertile ground, a certain skill set or gift that we can use to provide value to others. But the extent to which you produce is on you.

Halloween was a remarkable night, for one of my favorite players Derrick Rose who scored a career-high of 50 points. According to Uncle Shannon Sharpe, “He dressed up as the Derrick Rose from 2011 when he was the MVP.”

‍He further commented with, “It was a magical moment because you don’t normally see NBA players setting career highs in year 10. Especially, after everything that he has gone through.”  To provide some context let me provide a timeline of his career.

To most Derrick Rose had reached his peak, many questioned why he continued playing given all the injuries. He himself even admits to having moments of doubt, frustration and maybe even at times self-pity.

I can only imagine how many times he asked himself the question “why me?” However, despite how he felt emotionally his belief in himself, validated by his actions, never wavered.

In the post-game interview, he said “people confuse confidence with opportunity.”

‍Meaning the injuries didn’t break his confidence it gave him strength. Although Rose may never be able to consistently perform at the level he did when he was the MVP of the league that doesn’t mean the journey is over.

His performance on Halloween showed that he’s not finished and that he still has more to give the game of basketball. Moreover, what we can all learn from Derrick Rose is the importance of not giving up while we are in the cocoon because it’s the person we become on the journey that allows us to sustain what you acquire, not what we acquire.