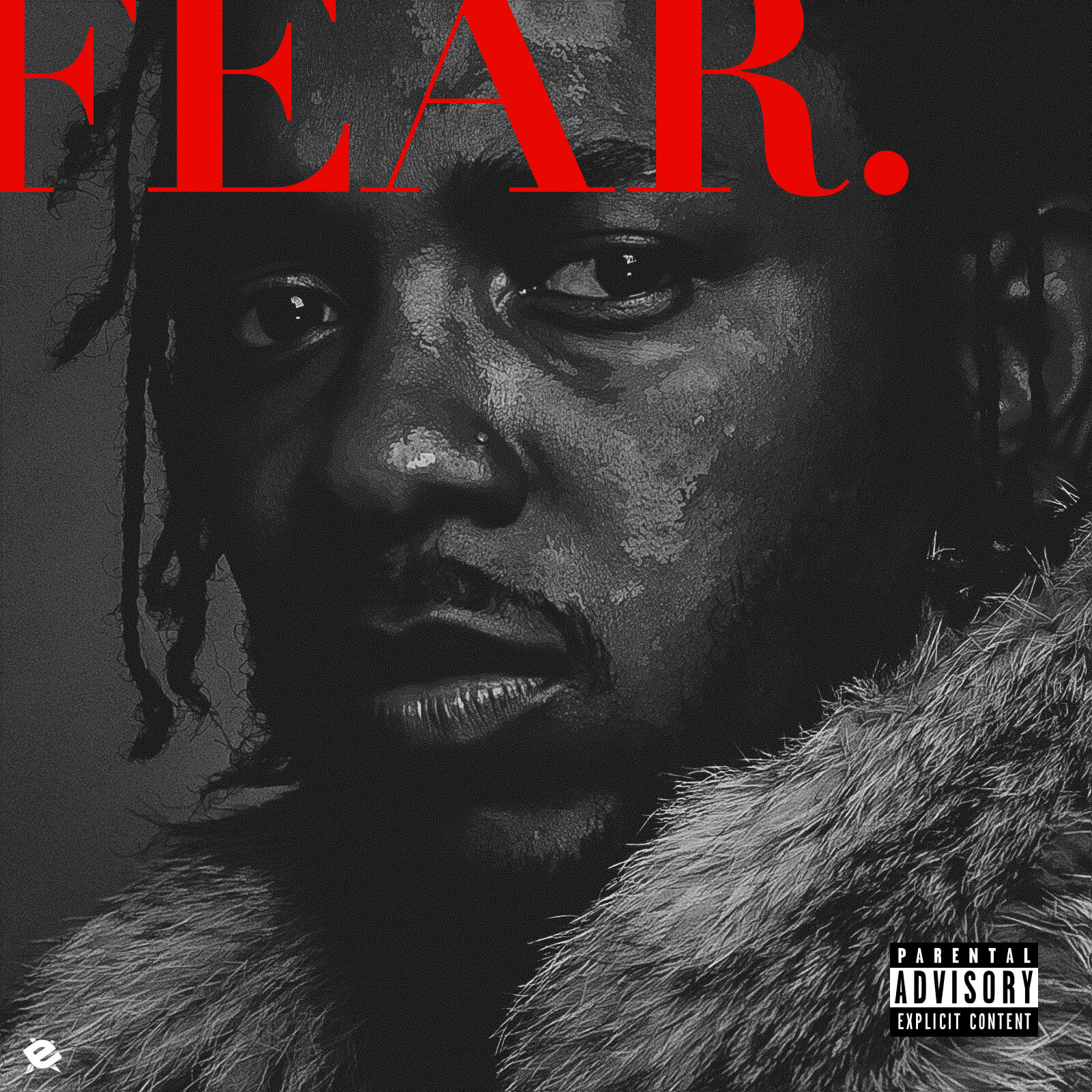 “Those who do not move, do not notice their chains.” — Rosa Luxemburg

In a world where the majority remain within their comfort zone, seldom experience true freedom. There are few, however, that are able to come to grips with their self imposed barriers, and fewer that are able to break these chains and liberate themselves.

Despite an intense desire for freedom and the ability to liberate oneself, many remain trapped, as life does not attract what we want but who we are. And I Nathan, am a man trying to overcome the fact that he still seeks validation from disempowering spaces and yearns for affirmation from people that don’t know his true value.

"Everything you want is on the other side of fear." — Jack Canfield

Recently, I wrote my life story in bullet form from age 5 to present day. To totally immerse myself in each age, I answered questions like, what was my home life like, how was school, who were my friends, what girl did I have a crush on, and what activities was I involved in.

Though painful at times, this process gave me some great insight on myself. Bad habits were exposed and became overwhelming apparent. It showed me that life is truly connected. That your present becomes your past, which ultimately influences your future.

The trend that stuck out the most was my fear of failing in front of others. This process of writing out my life story relived the many occasions where I forewent great opportunities as a result of this fear. Like Lao Tzu said,  “Care about people’s approval, and you will always be their prisoner.”, and I was surely a prisoner because I required affirmation and validation from others to move.

Recognizing this fear but not knowing how to overcome it, I drafted some thoughts in a Google Doc presuming that one day I’d figure it out and write an article. But life has an interesting way of forcing you to deal with obstacles you would rather avoid.

Soon after, I came face-to-face with my fear while preparing for an interview. Due to the interview type, I knew I needed mock interviews to prepare, but instead of asking for help I spent the first 2 out of 4 weeks trying to be perfect for the mock interviews. Then one morning I came across this quote;

“Too many perfectionist around here because they fear being judged for their losses. News Alert you’re going to be wrong even when you go for perfect so why not just go more often and learn from the misses and build on top of that. Speed matters, losing matters, learning from L’s matter. Stop trying to be perfect.” — GaryVee

Talk about perfect timing,  it became clear that I didn’t seek perfection because I had high standards rather I feared being judged for my mistakes.

But awareness isn’t enough, sometimes. How can I overcome this fear when some of my character traits such as “lowkey” reinforce it. TBH, I’m still not 100% sure; but, what I’ve learned so far in this process is the importance of controlling the controllable which include your intentions, standards, values, and friends.

Whenever you find yourself on the side of the majority, it is time to pause and reflect. — Mark Twain

In today’s society our uniqueness is rarely celebrated so many fear being their true self. In this excerpt from his “The Top 5%” speech, Earl Nightingale’s explains why people conform.

He claims, “Man conform because it seems like the easy thing to do and because they’ve been taught to conform from the time they were born...They wanted to be liked so they conform to the group.”

In summary, our desire to be accepted leads use to chose a path that is easy and of little resistance because most can’t endure the challenge and intense societal resistance long enough to achieve “success”.

I personally have areas in my life where staying “10-toes” is difficult, but by understanding your intentions, raising your standards, knowing your values, and surround yourself with the right people, you will have the extra footing you need to stand firm.

Whenever I fail to achieve a set goal, I typically assess the gap between what I did and what I should have done. Situations where the gap is wide, accepting a loss is a bit easier because it’s clear I didn’t do enough.

However, accepting losses in situations where I believe my actions were right, is a bit tougher. Earlier I mentioned, that I spent almost 4 weeks prepping for the interview, so in my mind I had done all the right things. I put in the time and effort so I expected to be rewarded.

However, when you break down those 4-weeks, you will notice that I spent the first 2 weeks preparing for mock interviews. On the surface, it appears my intention was to be the best and most prepared candidate.

But, when you dig a bit deeper my intention was actually to avoid facing my fear of failing in front of others. I wanted to receive as little critic during the mock interview process as possible so I delayed it.

This insight led me to the conclusion that good actions backed by poor intentions lead to unfavorable results. So evaluate the intentions behind your actions if you want to capture the full benefit. Because although it’s possible that the job was not the right opportunity for me, it’s also possible that those 2 weeks costed me the offer.

Discipline and consistency is not enough, you must raise your standards. Nothing is worse than a barber that does not honor his craft. Despite what some may think cutting 15 heads a day for 20 years does not make you a great barber.

What makes you a great barber is the level of surgery you perform on each customers hair/hairline (lol). For many barbers the quality of the haircut is determined by the customer’s social status, tip amount, and/or relationship with the barber.

For this reason, two people can have the same barber and, yet have totally different experiences. One hopping out the chair looking crispy and the other looking like Lebron.

Many of us are similar to these type of barbers, we allow external factors to determine our standard such as the situation, circumstance, or person. Forgetting that everything you put out into the world is a reflection of you.

When you rely on external factors to set your standards, you will always have a master. So develop high standards for yourself because it’s the only way to freedom.

Entering the workforce, I believed that confidence came with the job offer and title. I bought the idea that if I got a salary, suit, and some corporate seasoning, that my self doubt would magically disappear.

But after almost two years in, having interacted with individuals at all levels, at numerous organizations, I’ve noticed confidence isn’t a packaged deal. I’ve seen individuals in leadership positions who are more insecure than their lowest staff member.

What I learned from Eric Thomas is that confidence comes from knowing who you are, which is rooted in your values. Taking his words to heart, I recently added writing the BYLU values to my morning routine because although I vaguely knew them I was not intentional in living by them.

Now, after a couple of weeks, I have them committed to memory. Although it’s not clear what the actually benefits of this will be, I know it keeps me grounded through the day and reminds me of who I am and what I stand for — which will ultimately allow me to be my best self.

SQUAD GOALS:  “NO ONE CAN MAKE YOU FEEL INFERIOR WITHOUT YOUR CONSENT.” — ELEANOR ROOSEVELT

No goal is superior to the another as we all have different definitions of success, however some goals require more time. So surrounding yourself with people that match your level of ambition is key.

The wrong environment will lead you to conform to the groups ambitions or create a sense of inferiority to others within the group. For example, if your goal is to buy a house (requiring 4 years of saving) and your 5 closest friends all want to buy a car (requiring 1 year of saving).

If you are not strong enough to stay the course, you will likely drop your house ambition and buy a car. Purchasing it only to fit-in with your friends. Or, when your friends purchase their car’s, a sense of inferiority may arise in one of two ways:

But as I alluded to earlier, no goal is superior to the other because we all define success differently. What is important is surrounding yourself with people that have similar ambitions because they will provide the push you need to achieve your goals.

Unfortunately, many of us work in environments where we are surrounded by individuals that don’t necessarily match our level of ambition. So how does one rise above and overcome conformity?

You develop what Eric Thomas calls a “sacred circle” or tight-knit circle of friends. As I mentioned earlier it takes a lot to remain confident in spaces that you feel are meant to disempower you. So having a sacred circle to remind you of who you are is critical.

For example, because of my previous educational background a feeling of inadequacy was present all throughout my college experience at GW.

In one particular instance during my Sophomore year, I found myself in the final round of the Business School Case Competition with 3 people I had only met a few weeks ago.

As we prepared for our final presentation, my teammates felt that we should practice presenting in front of others. Soon after, I was in a room filled with people I didn’t know, ready to “judge” me.

Having only recently figured out what section I would be presenting, and not being fully prepared to present, in my mind the presentation went awful. I felt like the weak link of the group and that they were surely going back saying, “here goes the black kid, messing it up!”

After a couple bad presentation, I remember calling Danny, to vent and I ended up crying. I very rarely show emotion, let alone cry so this was odd. What came out was the built up emotions of feeling inadequate over the past 2 years at GW.

But after some words of encouragement, I was able to walk back into the room with more pep in my step. This is the power of your sacred circle! In times of doubt they will instill confidence within you.

So I encourage you to engulf yourself in that type of energy daily whether it be through text, phone calls, or Facetime because it will keep you on track.

I challenge myself and you all to prefer dangerous freedom over peaceful slavery. Like Stoop Kid from Hey Arnold, many of us have created self imposed barriers. Limiting ourselves only to our comfort zone because of the fear of what the next step may look like.

But don’t be a slave to your fears because despite what we may think, no human is without them. The difference is some people let fear cripple them while others move despite it.

Also, be proactive about addressing your fears. During the last week of preparation, I took a few days off of practicing to address my fear. Don’t wait until an opportunity presents itself to deal with your fears. 4th quarter with 7 seconds left on the clock is not the time to practice your 3-pointer, but the time to execute.