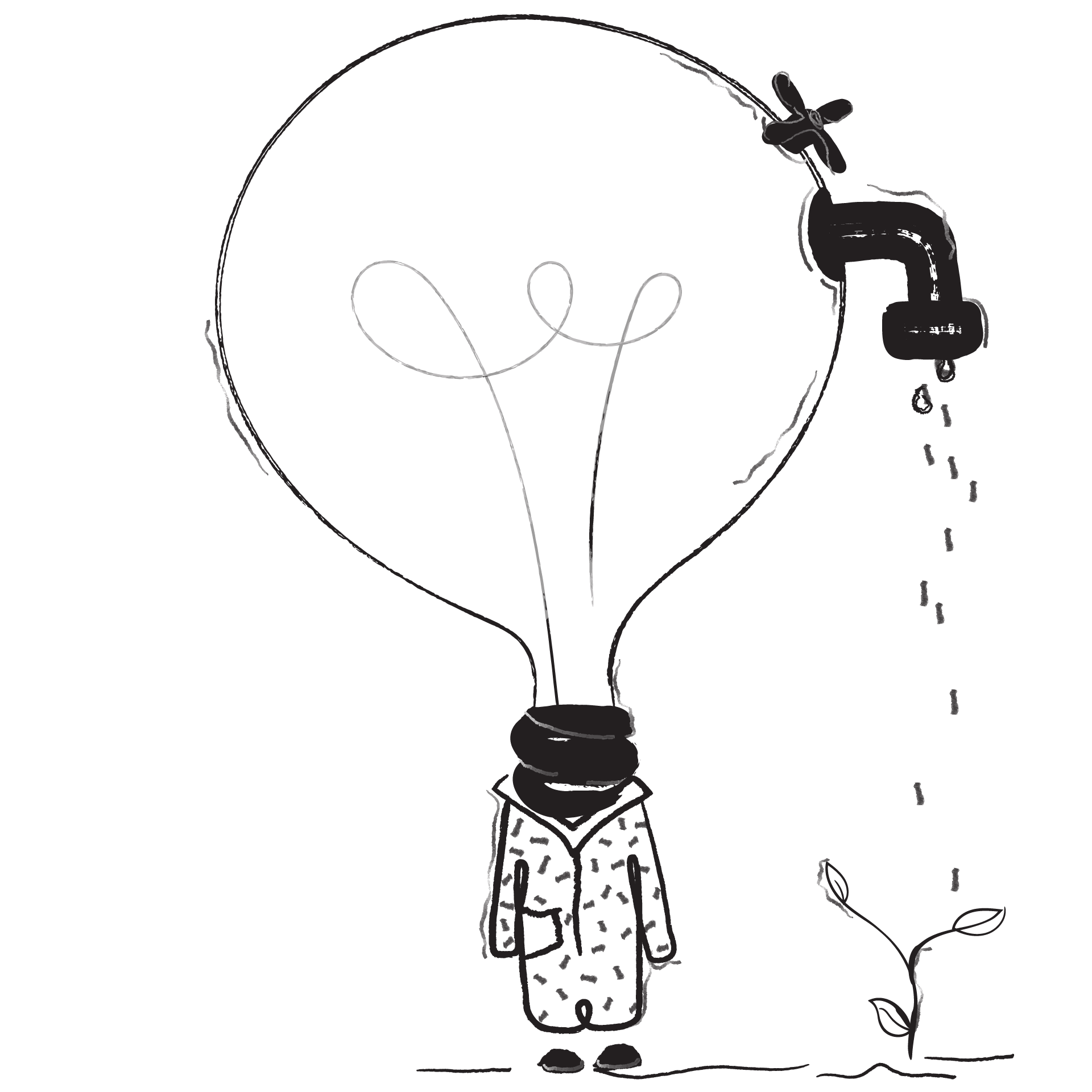 “Change can be instant — growth is slow

Change can be the beginning of growth — growth always starts with a decision for change.”

An ancient Chinese Proverb says, “If you wish to know the mind of a man, listen to his words.” Recently, I’ve found myself using “change” and “growth” interchangeably in my speech when discussing my journey over the past year.

This notion becomes even more evident in my response to comments like “Wow Nate you have changed a lot” or “I see the growth bro, salute.” Unfortunately, the inability to grasp the nuances between change and growth came with a price. It cost me peace of mind because it created an internal conflict.

Fortunately, I stumbled across Danielle Bernock’s comments on change/growth and started reading Rising Strong by Brene Brown earlier this month. Together, they transformed my perspective on my journey.

Mentally, however, I could not fully embrace the idea, and I didn’t know why. However, after reading the quote by Bernock, I realized that my misunderstanding of growth and change was in fact the source my skepticism.

I was failing to give myself permission to not be perfect in areas that I was growing in. As a result I was not issuing myself grace. Further, I could not embrace that people were doing the best they could. Nevertheless, I’ve realized that the process is 3 parts.

In its founding document, The Declaration of Independence, the forefathers of these United  States said:

“...we... solemnly publish and declare, That these United Colonies are, and of Right ought to be Free and Independent States, that they are Absolved from all Allegiance to the British Crown...”

Growth always starts with a decision for change. Winston Churchill said it best, “the first quality that is needed is audacity.” These colonial renegades dared to pursue change. Yet despite the boldness of the Declaration of Independence, King George III of Great Britain initially thought very little of it.

Perceiving it as a bluff. An empty threat. There was no way ex-convicts and individuals outside of the monarchy would be  foolish enough to challenge the Crown.

Unfortunately, his criminal past proves more difficult to escape. On numerous occasions throughout the movie, Carlito declares his independence. Affirming that he is out of the drug game. Stating that he is done engaging in criminal activity.

But the shock of a known criminal going cold turkey seemed unreal, so no one took him seriously. From his friends to the judge to his lawyer who swore to defend him, they all questioned his sincerity.

At a macro level, it’s clear why no one believed Carlito. The odds were against him. Most people don’t change. The Bureau of Justice Statistics says 77 percent of inmates are rearrested within five years of their release.

I’d argue that this statistic is similar for repeat offenders in the civil issues that occur in our personal life. From our relationships to our careers, everything that must be endured between the decision to change and transformation isn’t easy. So unfortunately, most people who start don’t finish.

Due to an overwhelming amount of people seeking change but never growing or transforming, it’s important to understand that people will question your sincerity. They’ll automatically be in defense mode.

Don’t take it personal, but rather give people time to adjust to the new version of yourself. It’s not easy. But the only way I know works is to first forgive yourself.

“Forgive yourself for not knowing what you didn't know before you learned it.” ― Maya Angelou

I just finished the 2nd season of The Chi and one of my favorite moments is episode 5 when Rafiq comes to visit Ronnie after he didn’t show up to The Center one day. Ronnie, who killed an innocent 16 year old boy, is dealing with the burden of his fatal act.

Ronnie: “There were some women staring at me. Think it might be better to stay away.”

Rafiq: “Your feeling judged. Or maybe you're judging yourself. When I was sentenced for killing that girl. Hell was not in prison. Hell up here (while pointing at his head). When I got released it didn't matter what people thought about. What mattered was what I thought about myself… Also, one of the women was staring because she thought you were cute.”

Judgement is only difficult to handle when you haven’t forgiven yourself. It’s clear that Ronnie is perceiving everything through the lens of his guilt. So much so that he mistook a woman who was interested for a woman who only saw him as a murderer.  Moreover, forgiving yourself is an important component of the transformation process.

“If people refuse to look at you in a new light and they can only see you for what you were, only see you for the mistakes you’ve made, if they don’t realize that you are not your mistakes, then they have to go.” ― Steve Maraboli

Unfortunately, some people will never accept that you have transformed. Regardless of how many times you demonstrate that you mean well and have grown. For these individuals it’s imperative that you cut them off.

Part of Carlito’s problem was that his friend refused to accept who he was trying to become. Replace people who discourage you with people who will encourage you and hold you accountable to the declaration to change.

When the shock that first accompanies audacity runs out, it is often replaced with rage. Therefore it is essential to begin preparing to fight for your freedom once you declare your independence. The enemy, in the USA’s case, the Crown, will not give you your freedom without a fight.

The revolutionist had to earn it. Their commitment to change had to be tested. Many people give in when the test comes. When it's time to rise to the occasion, they fold. Reverting back to their old self as British citizens rather than standing firm in their US identity.

Moreover, the growth process is a difficult one. In addition to the external battles you will fight battles within yourself. Here are some things to keep in mind.

“If you knew better, you'd do better.” Many cliches sound good when expressed verbally. Presenting an aura of wisdom and understanding. Showcasing an upbringing that was based on morals and principles.

But as another famous cliche goes, not everything that glitters is gold. In other words, not everything that sounds good to the ear is based on truth. However, persisting through multiple generations, many of these old sayings go unchecked. Rarely are the claims they make tested and validated.

Personally, I disagree with the saying, “if you knew better, you'd do better.” As it grossly underestimates the gap between knowing and doing. In a way, it assumes that the growth process is linear.

When in reality, growth often feels like a never-ending cycle of 1 step forward and 3 steps back until a final breakthrough. Knowing is enough to spark the desire to change. But doing requires growth. It calls for a slow incremental process filled with trial and error, through your own personal experiences or the experiences of another.

I remember last year after making the decision to be more vulnerable, being aware of what that meant but uncertain about how to demonstrate vulnerability when called for. Doing requires more than knowledge. It also requires courage, vulnerability, and discipline.

You Have The Right To Tell Your Story (Transformation)

The Power of Stories:

“The highest human act is to inspire.” - Nipsey Hussle

Inspiration is transpired through storytelling. And the most impactful stories we encounter are ones of personal triumph or defeat. But what makes one story more enticing than the next when all of our stories are inherently valuable.

Is it the messenger? Lived experiences? Like overcoming a near-death incident, sexual abuse, homelessness, or another one of life’s most painful tragedies to endure. These naturally seem more captivating. However, what I’ve found supersedes a story of great struggle and pain is a story that is authentic and real.

One of the stories/people that played a significant role in my journey over the past year was Brene Brown. On the Design Matters podcast, she shared a story about not making the dance team in high school.

On the surface, it may not seem like a big deal when you consider all that takes place in our world today. But it wasn’t necessarily the story itself that moved me instead the vulnerability displayed when sharing.

Describing in detail her feelings of shame, rejection, and not belonging when she didn’t make the team. It moved me to think about experiences where I too endured those same emotions. The best stories don’t cause sympathy “I feel sorry for you,” but empathy “me too.” They provoke us to look internally and search within ourselves.

Transformation requires owning your story. And owning it is not synonymous with understanding or knowing. Knowing your story is having knowledge of your experiences. In Brene’s case, recalling that she didn’t make the dance team in high school.

Understanding is connecting the dots in your life and seeing how unhealed trauma can play a role in how you engage with life. I.e., since she didn’t make the dance team, she didn’t try out/audition for anything ever again.

She felt like she no longer belonged in her family. The impact of her story came from her courage to be seen despite the shame.

To conclude, I was able to release a huge burden when I learned  the different stages of “The Process”. I hope that this article will do the same for you!