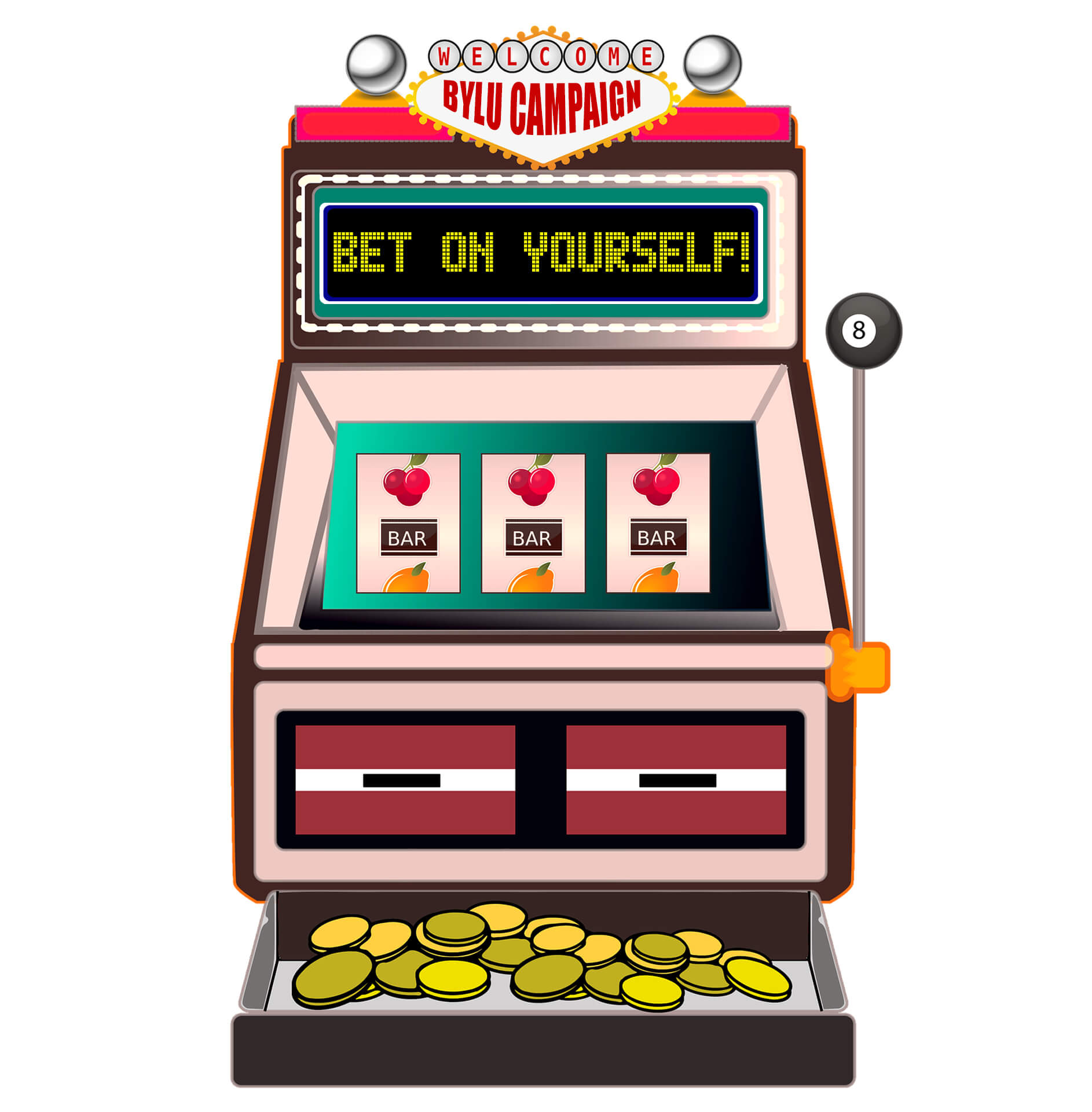 In a society where pulling yourself up by your own bootstraps is a governing philosophy, decisions equate to destiny—our lives are the sum of the choices we make. The quality of these decisions is what is believed to separate the strong from the weak, the prey from the predators, and the successful from the unsuccessful.

Adults on average make 3500 decisions per day. Although many of these decisions are insignificant, many hold more weight than we often consider. Whether we realize or not, personal decisions can have generational implications for better or worse.

Figuratively we are all founders/CEOs of organizations in which our future children/grandchildren will be governed. As the founder, the decisions you make are the seeds you sow and the culture produced is the harvest you reap.

Based on your decisions, what would be the culture of your organization/family? Is it one of integrity and excellence, or dishonesty and mediocrity? Is your organization lacking financial resources or are they in abundance?

Working in client services has exposed me to a variety of company cultures. I’ve seen great cultures and cultures that are a work in progress. Although none are perfect, what often separates the good from the great is how intentional the CEO is with his/her decisions.

The reason being, most cultural imperfections are the unintended consequences of the decisions made by leadership. This is because we often believe we can predict the future, however we never know what hangs in the balance of our decisions.

Recently, I faced a decision that although posed no life threatening consequences, could have generational implications. It was Labor Day Monday and the excitement from being paid Friday was overtaken with the dread of paying bills. One of the bills I pay with my first paycheck of the month is my student loan, $300 a month.

Before I began paying my bills, I was informed that Bitcoin and Ethereum were down and selling for a price I believed was a discount. Wanting to capitalize on the opportunity and stock up, I had to make a decision—pay my $300 student loan or invest that $300 in Ethereum.

A bit of background, my current employer contributes $100 to my student loans every month. Since I still pay $300 each month, the extra $100 has put me a couple payments ahead of schedule.

So for the month of September, I had a $0 balance meaning I owed nothing. On a normal day, I would pay the $300 to continue my fast track to paying off my student loans. However, this was not a normal day because an opportunity had presented itself.

As you can probably imagine, I invested the $300 in Ethereum. You may be thinking, “Nathan you’re crazy! Pay your damn student loans off!”, but before you write me off, let me breakdown the thought process that allowed me to arrive to this decision:

Generally, it’s best to put your money where you get the best return on investment. My student loans interest rate ranges from 3% - 7%, while an investment in Ethereum can potentially give me a return of 20% in just a few months. Yes it’s a risk but based on my knowledge of the market, it's a calculated risk worth taking.

To simplify this concept let’s say a real estate investor is taking out a $100,000 loan to purchase a new property. As you can imagine, the bank will not loan the money out for free but change the investor’s interest, let’s say 10%.

The investor agrees to these terms because he  believes the property can turn the $100,000 investment into $120,000, a 20% return. After paying the loan and interest back to the bank the investor is left with $10,000 in profit, money that he/she wouldn’t have gotten without making the investment.

Playing it safe is okay as long as you realize that you could be leaving money on the table, money that could change the course of your financial future as well as your family’s.

Filing for bankruptcy is an unfortunate reality that many entrepreneurs, artists, and athletes face. In fact, the average millionaire will go bankrupt 3.5 times in their life. The difference between the ones that bounce back and those who don’t, is a matter of offense versus defense.

In 2003, boxer Mike Tyson found himself at bankruptcy court with 246 creditors and 36 million dollars worth of debt. Over the next 3 years he was scheduled to make 20 million boxing, all of which he would pay to creditors. Because he decided to play defense, he would spend the rest of his career fighting to pay off his debts.

Others that have found themselves in a similar situation to Mike Tyson but played offense and bet on themselves whether it be their singing, athletic or investing ability.

In 1990, country music artist Willie Nelson faced his own tragedy, the feds had closed in and seized all his assets and the IRS charged him with a $16.7 million tax bill, one of the largest ever at the time.

To avoid the IRS taking all his money moving forward, he stopped doing live shows until they settled on a deal. The deal negotiated was shared proceeds of his next album, The IRS Tapes: Who’ll Buy My Memories?.

From the album proceeds and lawsuit proceeds from suing his accountant,  Nelson was able to pay his full debt back in just three years. And unlike Mike, Willie was able to quickly rebound and return to the life he knew prior to bankruptcy.

Nonetheless, financial independence isn’t created and sustained by just paying all of your bills. You have to play offense—bet on yourself and take calculated risks even when it seems that the chips are stacked against you.

Moreover, I shared my Ethereum story not because I want you to go spend all your money buying Ethereum because I did; rather, I am saying this because you could be one decision away from altering your financial trajectory or life in general.

What opportunities are staring you in the face that you have yet to take advantage?  What I have come to find is what often separates us from where we want to be is not recognizing the gaps and fear.

As a frequent consumer of interviews and documentaries of some of the great business titans, I’ve noticed that the difference between the people who have financial success and those who do not, is often smaller than we think. However, these small differences in decisions often result in big financial differences.

This is a result of the 80/20 rule which says that 80% of your results come from 20% of your efforts, or the majority of effects come from minority of causes. Tim Ferriss, author, entrepreneur, and self-proclaimed "human guinea pig", has applied this rule to multiple tasks including learning six languages, how to ballroom dance, and how to swim.

After taking a tango class in Buenos Aires and being humiliated by the instructor, he was compelled to overcome and compete for the world championship in 5 months. First, by hiring a female instructor he learned how to follow and ultimately lead his dance partner.

At the World championship he made it to the Semi-finals and just a week after, set the Guinness World Record for most tango spins in one min with 37 turns. Nonetheless, Tim is not an anomaly with a secret talent for tango dancing, in fact he was the opposite. However, he’s mastered finding the activities that contribute to most of the result.

“We are more often frightened than hurt; and we suffer more from imagination than from reality.” - Lucius Annaeus Seneca

Fear often affects our ability to make good decisions. A strategy to overcome that I also learned from Tim Ferriss is Fear Setting. The thesis says if you define in detail what is keeping you from taking action then you will ultimately take action. Some of the questions to ask yourself when using this strategy include:

Applying this strategy to my Ethereum scenario, worse case is the price of ethereum drops to zero and I lose everything. To prevent this, I can set a phone notification so that if it drops below a price of $150 I will be notified. If this worse case happens, to repair I can recoup $150 by selling and recoup the other $150 by not going out one or two weekends.

The benefit would be a great return on my investment. However, more importantly the cost of inaction could be regret. Just two years ago a  $200 investment in Bitcoin would be worth $4400 today. I rather sacrifice a weekend or two of not going out than be on the wrong side of history.

One of my favorite scenes in the movie The Dark Knight Rises is the climb scene. During this scene, Bruce Wayne is trapped in prison and attempting to break out. Having failed twice already, one of the prisoners tells him the only way to successfully escape is to climb without the rope. Bruce listens and makes the jump.

Many of us like Bruce are living with a rope, a safety net. This scene teaches us that to accomplish your goals, sometimes you have to get rid of the net and bet on yourself and your capabilities. On his third jump Bruce did nothing different; he wasn’t stronger and had not discovered any new tactics. What changed was his belief in himself.

One thing I try to remind myself daily is that I am enough and that everything I need is already within me. I would encourage you all to do the same!